1 How the gold has grown dim,
how the pure gold is changed!
The holy stones lie scattered
at the head of every street.

2 The precious sons of Zion,
worth their weight in fine gold,
how they are regarded as earthen pots,
the work of a potter's hands!

3 Even jackals offer the breast;
they nurse their young;
but the daughter of my people has become cruel,
like the ostriches in the wilderness.

4 The tongue of the nursing infant sticks
to the roof of its mouth for thirst;
the children beg for food,
but no one gives to them.

5 Those who once feasted on delicacies
perish in the streets;
those who were brought up in purple
embrace ash heaps.

6 For the chastisement[a] of the daughter of my people has been greater
than the punishment[b] of Sodom,
which was overthrown in a moment,
and no hands were wrung for her.[c]

7 Her princes were purer than snow,
whiter than milk;
their bodies were more ruddy than coral,
the beauty of their form[d] was like sapphire.[e]

8 Now their face is blacker than soot;
they are not recognized in the streets;
their skin has shriveled on their bones;
it has become as dry as wood.

10 The hands of compassionate women
have boiled their own children;
they became their food
during the destruction of the daughter of my people.

11 The Lord gave full vent to his wrath;
he poured out his hot anger,
and he kindled a fire in Zion
that consumed its foundations.

12 The kings of the earth did not believe,
nor any of the inhabitants of the world,
that foe or enemy could enter
the gates of Jerusalem.

13 This was for the sins of her prophets
and the iniquities of her priests,
who shed in the midst of her
the blood of the righteous.

14 They wandered, blind, through the streets;
they were so defiled with blood
that no one was able to touch
their garments.

15 “Away! Unclean!” people cried at them.
“Away! Away! Do not touch!”
So they became fugitives and wanderers;
people said among the nations,
“They shall stay with us no longer.”

16 The Lord himself[f] has scattered them;
he will regard them no more;
no honor was shown to the priests,
no favor to the elders.

17 Our eyes failed, ever watching
vainly for help;
in our watching we watched
for a nation which could not save.

18 They dogged our steps
so that we could not walk in our streets;
our end drew near; our days were numbered,
for our end had come.

19 Our pursuers were swifter
than the eagles in the heavens;
they chased us on the mountains;
they lay in wait for us in the wilderness.

20 The breath of our nostrils, the Lord's anointed,
was captured in their pits,
of whom we said, “Under his shadow
we shall live among the nations.”

21 Rejoice and be glad, O daughter of Edom,
you who dwell in the land of Uz;
but to you also the cup shall pass;
you shall become drunk and strip yourself bare. 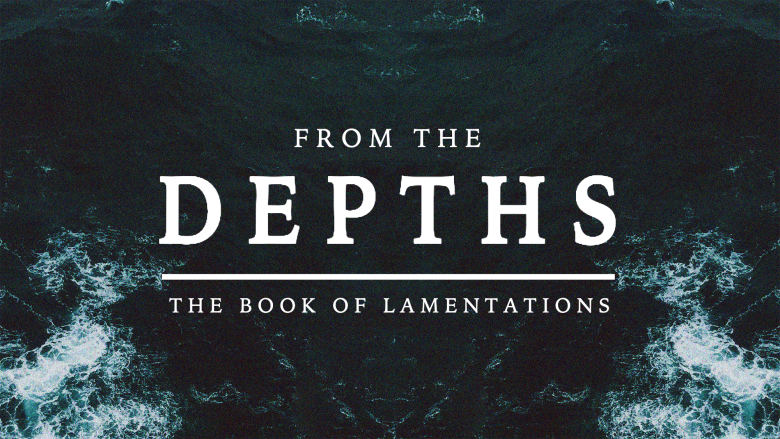